Semicircular Europe and The Heinsohn Horizon

Once upon a time cartographers carefully crafted a Semicircular Europe.

This Semicircular Europe persisted even when “Asia became wider”.

Eratosthenes (276–194 BCE) drew an improved world map, incorporating information from the campaigns of Alexander the Great and his successors.

Asia became wider, reflecting the new understanding of the actual size of the continent.

The Semicircular Europe persisted when the circumference of the Earth was calculated.

Posidonius (or Poseidonius) of Apameia (c. 135–51 BCE), was a Greek Stoic philosopher who traveled throughout the Roman world and beyond and was a celebrated polymath throughout the Greco-Roman world, like Aristotle and Eratosthenes.

His work “about the ocean and the adjacent areas” was a general geographical discussion, showing how all the forces had an effect on each other and applied also to human life.

He measured the Earth’s circumference by reference to the position of the star Canopus.

The Semicircular Europe had a northern inlet called the Caspian Sea for frolicking seals.

Pomponius is unique among ancient geographers in that, after dividing the earth into five zones, of which two only were habitable, he asserts the existence of antichthones, people inhabiting the southern temperate zone inaccessible to the folk of the northern temperate regions due to the unbearable heat of the intervening torrid belt.

On the divisions and boundaries of Europe, Asia and Africa, he repeats Eratosthenes; like all classical geographers from Alexander the Great (except Ptolemy) he regards the Caspian Sea as an inlet of the Northern Ocean, corresponding to the Persian (Persian Gulf) and Arabian (Red Sea) gulfs on the south.

Explaining away the Caspian seal is a real problem and Wikipedia resorts to vague claims that they became “isolated in the landlocked Caspian Sea when continental ice sheets melted” and then throw in some even vaguer “tectonic uplift and a fall in sea level” for good measure.

Evidence suggests the seals are descended from Arctic ringed seals that reached the area from the north during an earlier part of the Quaternary period and became isolated in the landlocked Caspian Sea when continental ice sheets melted.

It became landlocked about 5.5 million years ago due to tectonic uplift and a fall in sea level.

In reality, the destruction of the aqueducts happened swiftly, and with a power no humans had at their disposal.

This happened, in 234 CE, only eight years after the last system had been completed under Alexander Severus in 226 CE.
…
At the same time, Rome’s population was reduced from nearly one million to no more than 50,000.
…
The cataclysm had struck with such force that more than half a millennium passed before Europeans could begin to slowly regain the technological competence of imperial Rome.

The assassination of Alexander Severus in 235 led to the Crisis of the Third Century in which 26 men were declared Emperor by the Roman Senate over a fifty-year period.

The reluctance of the Roman Empire to ravish northern Europe is curious because the vast expanse of the Great European Plain lay before them according to modern map makers.

The European Plain or Great European Plain is a plain in Europe and is a major feature of one of four major topographical units of Europe – the Central and Interior Lowlands.

It is the largest mountain-free landform in Europe, although a number of highlands are identified within.
…
The plain stretches from the Pyrenees mountains and the French coast of the Bay of Biscay in the west to the Russian Ural Mountains in the east.

Its shores are washed to the west and northwest by waters of the Atlantic basin, to the northeast – the Arctic basin, and to the southeast – the Mediterranean basin. 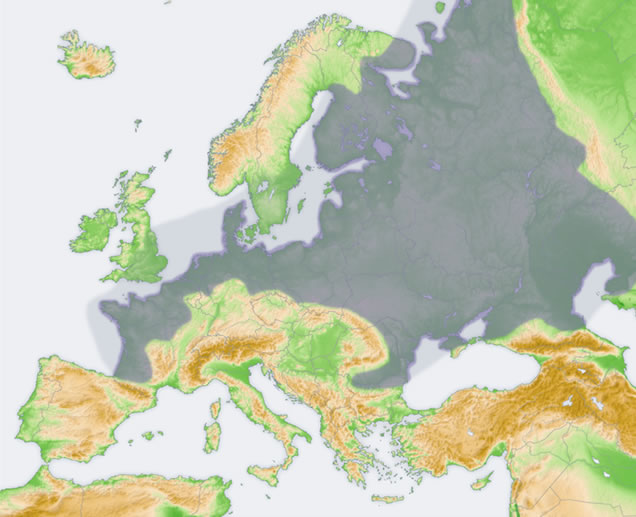 However, the reluctance of the Roman Empire to ravish the rest of the Great European Plain is understandable if it was [predominantly] covered by sea water before the Heinsohn Horizon in the 230s AD.

Most of the Great European Plain lies below 152 meters (500 feet) in elevation.

It is home to many navigable rivers, including the Rhine, Weser, Elbe, Oder, and Vistula.

The climate supports a wide variety of seasonal crops.

The North European Plain remains the most densely populated region of Europe. 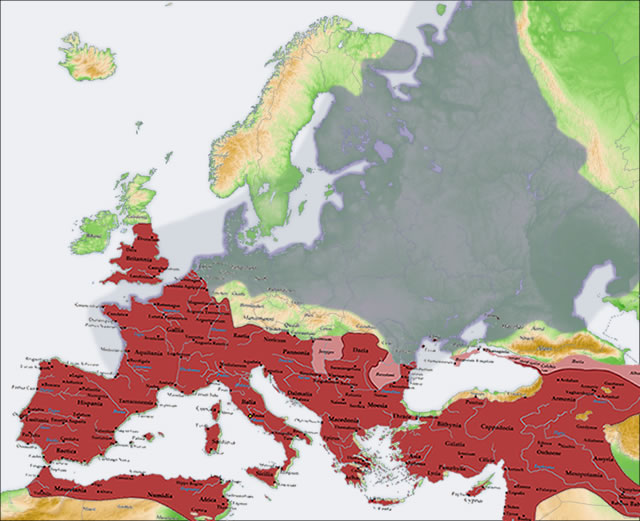 This would explain why Ptolemy’s map [displaying an isolated Caspian Sea] only emerged “a little before 1300” i.e. roughly 350 years after the Heinsohn Horizon.

Working backwards through the mainstream historical narrative we arrive at the Heinsohn Horizon in the 930s where the mainstream narrative falls into The Academic Abyss and degenerates into fiction, fantasy and fabrication for a period of 700 [phantom] years.

Therefore, some 700 years of the 1st millennium (230 to 930s) have neither strata nor tree samples for C14 or dendro-chronological dating.

The problem for many mainstream and tributary historians is that their professional lives are dedicated to filling The Academic Abyss with fiction, fantasy and fabrication.

Surviving texts of Ptolemy’s Geography, first composed c. 150, note that he continued the use of Marinus’s equirectangular projection for its regional maps while finding it inappropriate for maps of the entire known world. Instead, in Book VII of his work, he outlines three separate projections of increasing difficulty and fidelity. 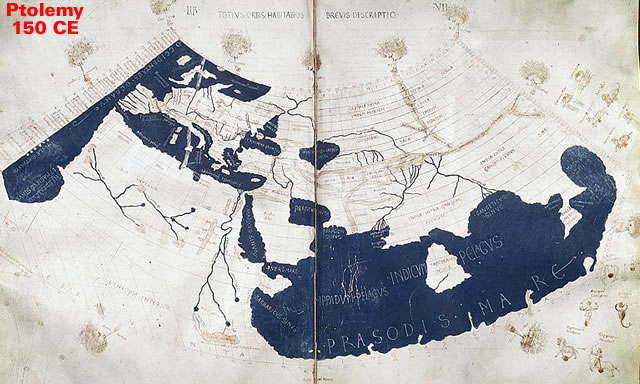 Maximus Planudes (c. 1260 – c. 1305) was a Byzantine Greek monk, scholar, anthologist, translator, grammarian and theologian at Constantinople.
…
Planudes possessed a knowledge of Latin remarkable at a time when Rome and Italy were regarded with some hostility by the Greeks of the Byzantine Empire.

This would also explain why my schooling simply sidestepped the Great European Plain.

11 Responses to Semicircular Europe and The Heinsohn Horizon