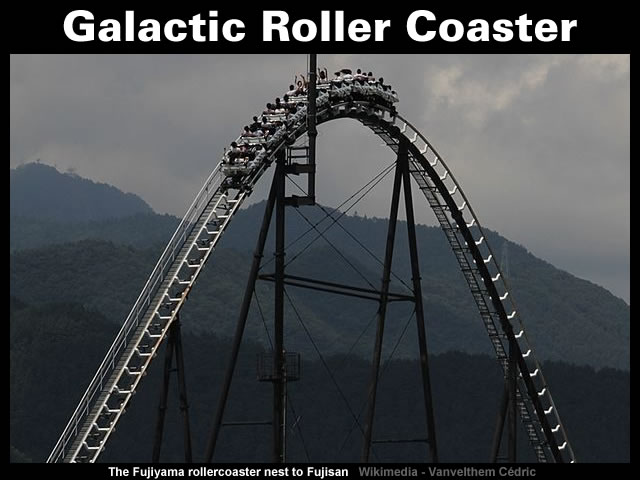 WARNING
If you like your Science Settled or your History served with a thick Gradualist Gloss then you should stop reading now and retreat to your preferred Safe Space.

Early in the 17th century Galileo Galilei discovered the Milky Way was more than a “band of light”.

Galileo Galilei first resolved the band of light into individual stars with his telescope in 1610.

Until the early 1920s, most astronomers thought that the Milky Way contained all the stars in the Universe. Following the 1920 Great Debate between the astronomers Harlow Shapley and Heber Curtis, observations by Edwin Hubble showed that the Milky Way is just one of many galaxies – now estimated to number as many as 200 billion galaxies in the observable universe

In his own words, “I deduced that the forces which keep the planets in their orbs must [be] reciprocally as the squares of their distances from the centers about which they revolve: and thereby compared the force requisite to keep the Moon in her Orb with the force of gravity at the surface of the Earth; and found them answer pretty nearly.”

But Newton’s “universal gravitation” is falsified by the Milky Way Rotation Curve.

Extra-fast stars:
Stars in galaxies follow a distribution of velocities where stars on the outskirts are moving faster than they should according to the observed distributions of normal matter.
Galaxies within galaxy clusters show a similar pattern.

The falsification of Newton’s “universal gravitation” [on a truly galactic scale] has encouraged the mainstream to exclude galaxies from their diagrams of elliptical orbits in the Solar System.

The following diagram shows the relation between the line of solstice and the line of apsides of Earth’s elliptical orbit.

The orbital ellipse goes through each of the six Earth images, which are sequentially the perihelion (periapsis – nearest point to the Sun) on anywhere from January 2 to January 5, the point of March equinox on March 19, 20, or 21, the point of June solstice on June 20,21, or 22, the aphelion (apoapsis – farthest point from the Sun) on anywhere from July 3 to July 5, the September equinox on September 22, 23, or 24, and the December solstice on December 21,22, or 23.

This omission only reinforces the fact that the mainstream have no mechanics for their neatly diagrammed orbital ellipses because the second focus [of the ellipse] is absent i.e. a ghost.

Therefore, in the interests of science, let’s construct a couple of orbital diagrams for the Earth [using mainstream astronomical coordinates] that include the Sun, Vega and the galactic centres of the two candidates for the Our Galaxy designation.

Journey to the Center of the Galaxy – Angelle Tanner
http://www.astro.ucla.edu/~tanner/gcintro.html 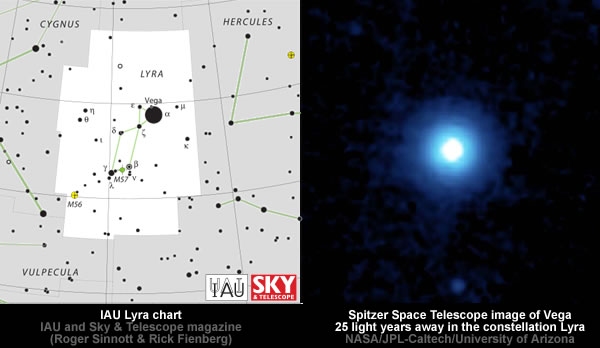 The Apex of the Sun’s Way, or the solar apex, is the direction that the Sun travels relative to other nearby stars. This motion is towards a point in the constellation Hercules, near the star Vega.

The results are startling.

Firstly, the plan view of the Earth’s orbit reveals that Aphelion [which occurs in early July] aligns with M54 at the “core” of the Sagittarius Dwarf Spheroidal Galaxy.

Secondly, the side elevation [aka cross section] of the Earth’s orbit reveals that the Sun [and hence the Solar System] is “travelling in a polar orbit (i.e. an orbit passing over the Milky Way’s galactic poles)” and this trajectory clearly suggests the Sagittarius Dwarf Spheroidal Galaxy wins the Our Galaxy designation competition.

It consists of four globular clusters, the main cluster having been discovered in 1994.

In its looping, spiraling path, it has passed through the plane of the Milky Way several times in the past.

The study’s map of M giants depicts 2 billion years of Sagittarius stripping by the Milky Way, and suggests that Sagittarius has reached a critical phase in what had been a slow dance of death.

“After slow, continuous gnawing by the Milky Way, Sagittarius has been whittled down to the point that it cannot hold itself together much longer,” said 2MASS Science Team member and study co-author Martin Weinberg of the University of Massachusetts. “We are seeing Sagittarius at the very end of its life as an intact system.”

Thanks to Aldo Vitagliano [for the Solex software] and Michele Casati at http://daltonsminima.altervista.org [for the introductions] it’s possible to visualise a heliocentric view of the planets as they ride the Galactic Roller Coaster around the Sun.

Basically, SOLEX is a free computer program modelling the N-body dynamics of the Solar System, and it is the result of a long and patient amatorial work by the author (Aldo Vitagliano).

Its heart is a powerful numerical integrator, and the many additional functions make it a greatly flexible program, which at the same time is very simple to use and very powerful in its performances.

It can just give aesthetic pleasure and help in identifying sky objects, or it can be used by an experienced researcher as a tool to investigate aspects of the solar system dynamics such impact probabilities and chaotic motion.

Last but not least, the software package contains a companion orbit-determination program (EXORB), suitable for the determination of orbital elements of minor bodies (asteroids and comets) from their astrometric observations 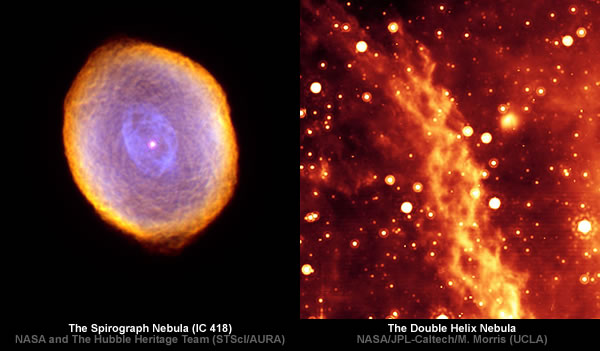 Frankly, Mathematical Magic and Anaemic Academics “don’t impress me much”.

Okay, so you’re a rocket scientist,
That don’t impress me much
So you got the brain but have you got the touch