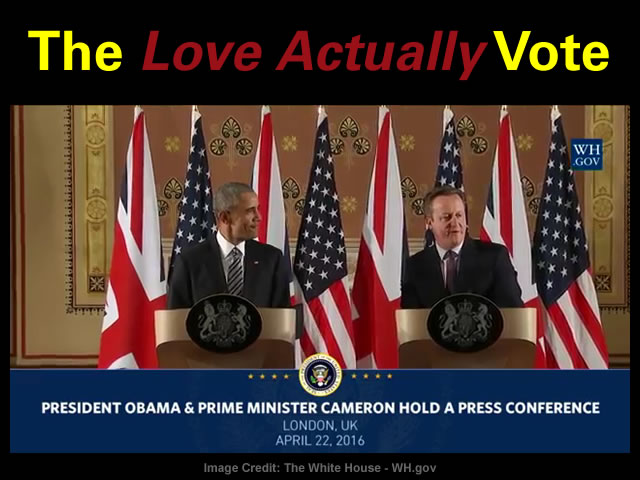 The EU Referendum Result has highlighted the massive disconnect that exists between the politicians who inhabit the Westminster Bubble and reality.

The Westminster Bubble is experiencing an extreme case of cognitive dissonance.

On the one hand: The EU “top dogs” want the UK “to get out” quickly.

EU chiefs want to be rid of Britain as soon as possible, if a statement from the European Council released in the wake of the UK’s shock Brexit is anything to go by.

The EU’s top dogs told the UK to get out of the 28-member union quickly.

On the other hand: Call Me Dave has invoked a time-out until October so that the Westminster Bubble doesn’t have to change its holiday arrangements.

Cameron, who led the failed Remain campaign, announced he would leave 10 Downing Street by October after confirmation that the UK had voted to exit the EU by a 52-48 percent.

And this is where it gets interesting.

The Ghost is a contemporary political thriller by the best-selling English novelist and journalist Robert Harris.
…
The thriller acquires an added frisson from the fact that Harris was an early and enthusiastic backer of Blair and a donor to New Labour funds.

The New York Observer, headlining its otherwise hostile review The Blair Snitch Project, commented that the book’s “shock-horror revelation” was “so shocking it simply can’t be true, though if it were it would certainly explain pretty much everything about the recent history of Great Britain.”
…
Plot summary
Most of the action takes place on Martha’s Vineyard in Massachusetts, where Lang has been holed up in the holiday home of his billionaire American publisher to turn out his memoirs on a deadline. Other scenes are set in Notting Hill, New York and Whitehall.

The problem for the Pax Americana Puppets is that they’ve been rumbled.

Was This The Deciding Factor For Brits To Vote “Leave”?
ZeroHedge.com – Tyler Durden – 24 June 2016
http://www.zerohedge.com/news/2016-06-24/was-deciding-factor-brits-vote-leave

“Given these challenging economic times, the very last thing we should do is risk the U.K. and EU economies with this risky [Brexit] move,” Messina, who managed Barack Obama’s 2012 reelection campaign, told POLITICO in an email.
…
Messina previously advised Cameron’s successful campaign in the U.K. general election in May 2015.

And it was left to the British electorate to deliver that long awaited Love Actually moment which Teflon Tony and Call Me Tearful singularly failed to deliver [for obvious reasons].

There have been two great democratic moments in post-war British politics.

The first was in the 1945 General Election when victory for the Labour Party under Clement Attlee swept away the old British establishment and brought in a new era of social democracy.

The second is today.

Just as the old establishment was swept aside in 1945, we have seen a popular revolution against a bankrupt political class.
…
I expect the Labour Right to merge with the ‘modernising’ wing of the Conservatives. Effectively, they will form a new political party and fight ruthlessly to restore the Blairite/Cameron status quo that was blown to smithereens by the British people on Thursday.
…
A government role should be found for Nigel Farage (one of the two or three most important post-war politicians) and his team. Since UKIP has only one MP, this will probably have to be done through peerages. The party which has campaigned for Brexit for so long deserves to share the responsibility of putting their ambitions into effect.
…
Bank of England governor Mark Carney must go.

The Canadian, former Goldman Sachs banker has been a partisan voice in the referendum debate — even attacking the Leave campaign on BBC1’s The Andrew Marr Show — and cannot command the confidence of a post-Brexit government and people.

With the Westminster Bubble populated with so many Vacuous Vassals the British electorate might be well advised to avoid politicians that have holidayed in Tuscany and/or Martha’s Vineyard.

And it will be especially interesting to know were the likes of Nigel Farage, Boris Johnson, Theresa May, George Osborne, Nicola Sturgeon and the rest of them are holidaying this summer.

1 Response to The Love Actually Vote