Myths of the Cherokee: Sacred Numbers

The Religious Instruction I received back in the days of black and white television didn’t explicitly encompass Sacred Numbers.

The Indian has always four as the principal sacred number, with usually another only slightly subordinated.

The two sacred numbers of the Cherokee are four and seven, the latter being the actual number of the tribal clans, the formulistic number of upper worlds or heavens, and the ceremonial number of paragraphs or repetitions in the principal formulas.

Thus in the prayers for long life the priest raises his client by successive stages to the first, second, third, fourth, and finally to the seventh heaven before the end is accomplished.
….
The Cherokee have seven clans, viz: Ani´-Wa´”ya,Wolf; Ani´-KawI´, Deer; Ani´-Tsi´skwa, Bird; Ani´-Wa´dI, Paint; Ani´-Saha´nI; Ani´-Ga´tage´wI; Ani´-Gila´hI.

The names of the last three can not be translated with certainty.

The Wolf clan is the largest and most important in the tribe.

It is probable that, in accordance with the general system in other tribes, each clan had formerly certain hereditary duties and privileges, but no trace of these now remains.

Children belong to the clan of the mother, and the law forbidding marriage between persons of the same clan is still enforced among the conservative full-bloods.

The “seven clans” are frequently mentioned in the sacred formulas, and even in some of the tribal laws promulgated with in the century.

There is evidence that originally there were fourteen, which by extinction or absorption have been reduced to seven; thus, the ancient Turtle-dove and Raven clans now constitute a single Bird clan.

The Religious Instruction I received back in the day most certainly didn’t suggest the Cherokee cosmological concept of “seven heavens” was echoed in the Hindu, Judaic, Islamic and Christian cultures.

This is not to be taken literally, but is a figurative expression much used in the sacred formulas to denote a serial interval of space.

The idea of successive removals of the sun, in order to modify the excessive heat, is found with other tribes.

Buttrick, already quoted, says in his statement of the Cherokee cosmogony:

“When God created the world he made a heaven or firmament about as high as the tops of the mountains, but this was too warm.

He then created a second, which was also too warm.

He thus proceeded till he had created seven heavens and in the seventh fixed His abode.

During some of their prayers they raise their hands to the first, second, third, fourth, fifth, sixth and seventh heaven,” etc.

In Hindu cosmogony also we find seven heavens or stages, increasing in sanctity as they ascend; the Aztecs had nine, as had also the ancient Scandinavians.

Some Polynesian tribes have ten, each built of azure stone, with apertures for intercommunication.

The lowest originally almost touched the earth and was elevated to its present position by successive pushes from the gods Ru and Matti, resting first prostrate upon the ground, then upon their knees, then lifting with their shoulders, their hands, and their finger tips, until a last supreme effort sent it to its present place.

Seventh Heaven or 7th Heaven is a state of euphoria.

It may also refer to:
● The highest of Seven Heavens according to Islam and Judaism
● One of the Celestial spheres generally acknowledged until the early 17th century.

In fact it was a surprise to discover that 3 and 7 are explicitly Christian Sacred Numbers.

In every tribe and cult throughout the world we find sacred numbers.

Christianity and the Christian world have three and seven.

Wikipedia provides plenty of examples of three and seven from the New and Old Testaments but singularly fails to mention they are explicitly Sacred Numbers.

The threefold office of Christ is a Christian doctrine that Christ performs the functions of prophet, priest, and king.
The ministry of Jesus lasted approximately three years (27-30 AD[citation needed]).
During the Agony in the Garden, Christ asked three times for the chalice to be taken from his lips.
Jesus rose from the dead on the third day after his death (Sunday April 9, 30 AD).
The devil tempted Jesus three times.
Saint Peter thrice denied Jesus and thrice affirmed his faith in Jesus
The Magi – Zoroaster priests astronomers/astrologers from Persia[citation needed] – gave Jesus three gifts.
There are three Synoptic Gospels and three epistles of John.
Paul the Apostle went blind for three days after his conversion to Christianity.

Noah had three sons: Ham, Shem and Japheth
The Three Patriarchs: Abraham, Isaac and Jacob
The prophet Balaam beat his donkey three times.
The prophet Jonah spent three days and nights in the belly of a large fish
Three divisions of the Written Torah: Torah (Five Book of Moses), Nevi’im (Prophets), Ketuvim (Writings)
Three divisions of the Jewish people: Kohen, Levite, Yisrael
Three daily prayers: Shacharit, Mincha, Maariv
Three Shabbat meals
Shabbat ends when three stars are visible in the night sky
Three Pilgrimage Festivals: Passover, Shavuot, Sukkot
Three matzos on the Passover Seder table
The Three Weeks, a period of mourning bridging the fast days of Seventeenth of Tammuz and Tisha B’Av
Three cardinal sins for which a Jew must die rather than transgress: idolatry, murder, sexual immorality
Upsherin, a Jewish boy’s first haircut at age 3
A Beth din is composed of three members
Potential converts are traditionally turned away three times to test their sincerity
In the Jewish mystical tradition of the Kabbalah, it is believed that the soul consists of three parts, with the highest being neshamah (“breath”), the middle being ruach (“wind” or “spirit”) and the lowest being nefesh (“repose”). Sometimes the two elements of Chayah (“life” or “animal”) and Yechidah (“unit”) are additionally mentioned.
In the Kabbalah, the Tree of Life (Hebrew: Etz ha-Chayim, עץ החיים) refers to a latter 3-pillar diagrammatic representation of its central mystical symbol, known as the 10 Sephirot.

SEVEN in the Old Testament

Seven Hebrew words of Bereishit 1:1 / Genesis 1:1 (28 letters).
Seven Days of Creation – 1765 book
The number seven in the seven days of Creation is typological and the number seven appears commonly elsewhere in the Bible. These include:
Seven days of Creation (Genesis 1) e.g., God rested on and sanctified the seventh day (Sabbath)
Anyone who dares to kill Cain ‘will suffer vengeance seven times over’ (Genesis 4:15)
Lamech in his “Song of the Sword” claims that ‘if Cain shall be avenged sevenfold’, he himself shall be ‘seventy-sevenfold’ (Genesis 4:24)
Noah is commanded to bring seven pairs of every clean animal onto the ark (Genesis 7:2)
Seven years of plenty and seven years of famine in Pharaoh’s dream (Genesis 41)
In regards to the sin sacrifice, the anointed priest was to sprinkle the bullock’s blood seven times before the lord (Leviticus 4:6)
Seven days of the feast of Passover (Exodus 13:3–10)
Seven-day week and the pattern concerning distribution and use of manna (Exodus 16)
The Menorah (Hebrew: מנורה‎‎), is a seven-branched candelabrum lit by olive oil in the Tabernacle and the Temple in Jerusalem (Exodus 25)
Seven year cycle around the years of Jubilee (Leviticus 25)
Jericho’s walls fall on the seventh day after seven priests with seven trumpets march around the city seven times (Joshua 6:8)
King David had seven older brothers (1 Samuel 16)
The child sneezed seven times after Elisha raised him from the dead (2 Kings 4:35)
Seven things that are detestable to the LORD (Proverbs 6:16–19)
Seven Pillars of the House of Wisdom (Proverbs 9:1)
The woman with seven sons in 2 Maccabees.

SEVEN in the New Testament

Seven loaves multiplied into seven basketfuls of surplus (Matthew 15:32–37)
Peter asked Jesus if he should forgive those who sinned against him up to 7 times; Jesus responded by saying to forgive them ‘seventy times seven times’, remembering so the curse of Cain and the song of Lamech in Genesis 4.
Seven demons were driven out of Mary Magdelene. (Luke 8:2).
The seven last sayings of Jesus on the cross.
Seven men of honest report, full of the Holy Ghost and wisdom (Acts 6:3)
In the Book of Revelation, seven is a central figure of quantities: Seven Spirits of God, Seven Churches (to which the book is addressed);
Seven of the following appear in Revelation: golden lampstands(1:12), stars(1:16), torches of fire(4:5) Seven Seals(5:1), angels and their trumpets(8:2), last plagues(15:1), golden bowls(15:7), thunders(10:3), horns and eyes(5:6), diadems(12:3) and kings(17:10). See Category:Seven in the Book of Revelation.

Other sevens in Christian knowledge and practice include:

However, thanks to the wonder of the internet and [more specifically] Marty Leeds it’s possible to gain some insight into the esoteric meaning of the Sacred Numbers 3 and 7. 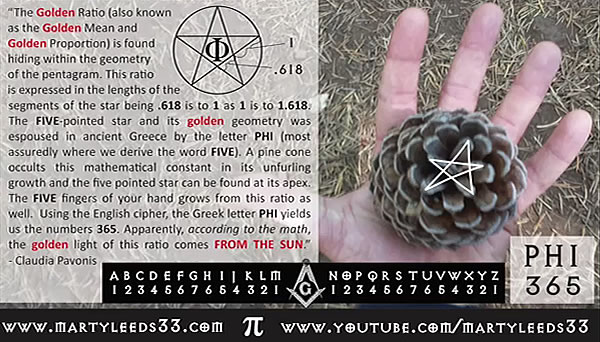 For the past several years, decoding the annual cover of The Economist Magazine has become a curious prognostication tool for the alternative media.

These strange enigmatic covers are perceived as rare glimpses into the mindset of the elite, their secret plans, their symbolic communication of future events.
…
For 2017, The Economist departs from their typical cartoon-montage of geo-political images, with elite politicians depicted either in color or black & white, perhaps suggesting illuminati membership, and instead presents us with Tarot cards!

It doesn’t get much more esoteric than that!

This entry was posted in As Above So Below, Books, Economics, History. Bookmark the permalink.

2 Responses to Myths of the Cherokee: Sacred Numbers