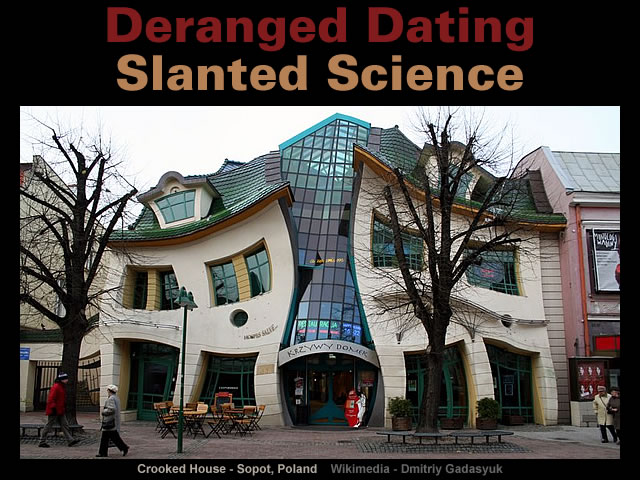 If you suspect that radiocarbon dating is really just one huge homogenised hodgepodge then it’s worth spending a few minutes getting acquainted with your academic adversary.

Radiocarbon dating measurements produce ages in “radiocarbon years”, which must be converted to calendar ages by a process called calibration.

Calibration is needed because the atmospheric 14C/12C ratio, which is a key element in calculating radiocarbon ages, has not been constant historically.

Although Willard Libby, the inventor of radiocarbon dating, had pointed out as early as 1955 the possibility that the 14C/12C ratio might have varied over time, it was not until discrepancies began to accumulate between measured ages and known historical dates for artefacts that it became clear that a correction would need to be applied to radiocarbon ages to obtain calendar dates.

Radiocarbon years ago may be abbreviated 14Cya (years ago).

A general term used reflecting evidence from any method is Before Present (BP).

Before Present (BP) years is a time scale used mainly in geology and other scientific disciplines to specify when events occurred in the past. Because the “present” time changes, standard practice is to use 1 January 1950 as commencement date of the age scale, reflecting the fact that radiocarbon dating became practical in the 1950s.

Chronology is the science of arranging events in their order of occurrence in time.

The mainstream usually avoids providing a high-level overview of this transformation process for reasons that will become increasingly obvious during the next few postings.

The “high-precision” Irish Oaks Chronology published way back in 1993 provides a wonderfully detailed series of radiocarbon measurements before they are massaged, manipulated and mutilated by the radiocarbon calibration process.

►Slants the calibrated dates towards the past.

►►This extends the chronology by a 1,000 years into the past [in round numbers].

►►This straightens out many of the curved raw data artefacts.

►►This also helps smooth over [aka mask] the very real gaps in the raw data.

The development of the radiocarbon calibration process has been a long and arduous task that has involved many individuals [over many decades] and, for example, the Irish Oaks Chronology documents the consensus calibration curve at the time it was published.

One of the more curious aspects of the radiocarbon calibration process is that many [but not all] of the raw radiocarbon measurements in the 1st millennium AD are significantly pushed forward in time.

This pushed forward data is particularly pronounced around the Heinsohn Horizon in 914 CE and [especially] the Arabian Horizon in 637 CE where the radiocarbon calibration process adjusts dates by as much as plus 176 years.

The net effect is that the raw data is smeared over the Heinsohn Horizon and the Arabian Horizon by the radiocarbon calibration process.

Moving back in time it becomes apparent that the slanted science of the radiocarbon calibration process begins to push back in the 1st millennium BC and rapidly accelerates to breath-taking levels that exceed minus 250 years.

In many ways this 470 BC Pivot Point is the defining feature of the Irish Oaks Chronology and the consensus calibration curve that controls the radiocarbon calibration process.

Unsurprisingly, the IntCal13 Northern Hemisphere Atmospheric Radiocarbon Calibration Curve published in 2013 contains a remarkably similar Pivot Point at about 465 BC.