The surreal state of the Brexit negotiations via the medium of the mainstream media becomes more mind boggling by the day.

Compared to the Transatlantic Trade and Investment Partnership the Brexit negotiations are pure custard pie slapstick.

Transatlantic Trade and Investment Partnership
…
The content of the drafts of agreement, as well as the reports on negotiation rounds, are classified from the public, an arrangement that The Independent criticised as “secretive and undemocratic”.

As noted above, elected representatives may only view the texts in a secure “reading room” in Brussels, to avoid any further leaks of information about TTIP negotiations into the public domain.

In the midst of the negotiations party another custard pie has been launched.

Irish Prime Minister Leo Varadkar wants clear guarantees that Britain’s departure from the EU will not result in border controls between his country and Northern Ireland. 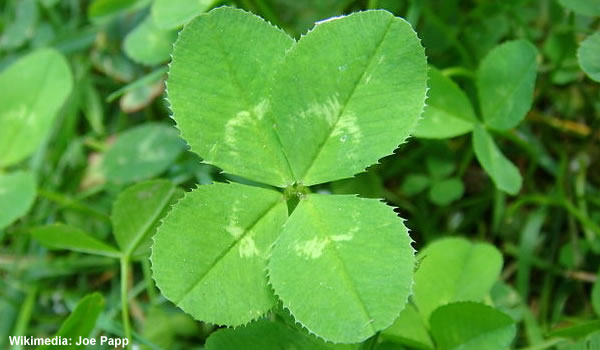 The four-leaf clover is a rare variation of the common three-leaf clover.

However, the trajectory of this Brexit Custard Pie makes it difficult to determine the targetting.

On the first leaf of the clover, the Irish government might be demanding “clear guarantees” from Brussels that there will be no “border controls” between Ireland and Northern Ireland.

On the second leaf of the clover, the Irish government might be demanding “clear guarantees” from Westminster that there will be no “border controls” between Ireland and Northern Ireland.

On the third leaf of the clover, the Irish government might be demanding “clear guarantees” from itself that there will be no “border controls” between Ireland and Northern Ireland.

On the fourth leaf of the clover the Irish government might just enjoy throwing custard pies.

After all, when it comes to “border controls” it take two to tango.

A border checkpoint is a place, generally between two countries, where travelers or goods are inspected.

How exactly can there be “clear guarantees” regarding “border controls” until there is an agreement on “future relations and trade” which may [or may not] involve identity checks, good inspections and tariffs?

Varadkar said on Friday that he would not permit Brexit talks to move beyond phase one into future relations and trade until he was assured there will be no barriers between the two states, AP reports.

• To prevent entrance of individuals who are either undesirable (e.g., criminals or others who pose threats) or are simply unauthorized to enter.

• To prevent entrance of goods that are illegal or subject to restriction, or to collect tariffs.

Personally, I think all these comedians should be hurling custard pies at each other behind locked doors.

Whether those doors are subsequently unlocked is very debatable.

Footnote
In British English the noun Charlie is used in polite society to identify a silly person.

However, the origins of this mild mannered put down aren’t quite so gentlemanly.

As they say: You learn something new everyday.