Many astronomers seem to identify with Marvin the Paranoid Android who claimed he possessed a “brain the size of a planet”.

Marvin the Paranoid Android is a fictional character in The Hitchhiker’s Guide to the Galaxy series by Douglas Adams. Marvin is the ship’s robot aboard the starship Heart of Gold. Originally built as one of many failed prototypes of Sirius Cybernetics Corporation’s GPP (Genuine People Personalities) technology, Marvin is afflicted with severe depression and boredom, in part because he has a “brain the size of a planet” which he is seldom, if ever, given the chance to use.

Unfortunately, brain size is of no importance when the little grey cells are chock-full of claptrap and childish beliefs.

Black-Body Balls
Astronomers believe the colour of a star is determined by its temperature.

In astronomy, stellar classification is the classification of stars based on their spectral characteristics.
…
Main-sequence stars vary in surface temperature from approximately 2,000 to 50,000 K, whereas more-evolved stars can have temperatures above 100,000 K.

Physically, the classes indicate the temperature of the star’s atmosphere and are normally listed from hottest to coldest.

The color of a star is determined by its temperature, according to Wien’s law.

The effective temperature of the Sun is 5,778 K.
…
The hot supergiant Rigel emits 60% of its light in the ultraviolet, while the cool supergiant Betelgeuse emits 85% of its light at infrared wavelengths.

With both stars prominent in the constellation of Orion, one can easily appreciate the color difference between the blue-white Rigel (T = 12100 K) and the red Betelgeuse (T ≈ 3300 K).

While few stars are as hot as Rigel, stars cooler than the sun or even as cool as Betelgeuse are very commonplace.

Colour Equals Temperature is fraught with failure and cognitive dissonance.

British astronomers were astonished to discover snail mail didn’t burst into flames when envelopes were fed into the mouth of a bright red pillar box.

The red post box is regarded as a British cultural icon.
Royal Mail estimates there are over 100,000 post boxes in the United Kingdom.

Astronomers were astonished to discover it was only their Settled Science that melted down when Comet Lovejoy had a Close Encounter with the [supposed] “several million degree” solar corona.

Comet Lovejoy was also deemed [by the mainstream] to be a dirty snowball which would meet a “fiery fate” as it travelled through “the several million degree solar corona” at perihelion some 120,000 kilometres [or 140,000 km – depending upon source] above the stellar surface.

Note
Mere mortals might experience difficulties reconciling the Sun having an “effective temperature” of 5,778 K whilst simultaneously sporting a “several million degree” corona.

“I did not think the comet’s icy core was big enough to survive plunging through the several million degree solar corona for close to an hour, but Comet Lovejoy is still with us.”

A corona is an aura of plasma that surrounds the Sun and other stars.
…
The Sun’s corona is much hotter (by a factor from 150 to 450) than the visible surface of the Sun: the photosphere’s average temperature is 5800 kelvin compared to the corona’s one to three million kelvin.

On the one hand:

Apparent magnitude (m) is a measure of the brightness of a star or other astronomical object as seen from the Earth’s location.

An object’s apparent magnitude depends on its intrinsic luminosity, its distance from Earth, and any extinction of the object’s light by interstellar dust along the line of sight to the observer.

The magnitude scale is reverse logarithmic such that having a magnitude 5 higher than another object’s means that it is 100 times dimmer.

Consequently, a difference of 1.0 in magnitude corresponds to a brightness ratio of 5√100 or about 2.512.

The brighter an object is, the lower its magnitude.

On the other hand:

Absolute magnitude (M) is a measure of the luminosity of a celestial object, on an inverse logarithmic astronomical magnitude scale.

An object’s absolute magnitude is defined to be equal to the apparent magnitude that the object would have if it were viewed from a distance of exactly 10 parsecs (32.6 light-years), without extinction (or dimming) of its light due to absorption by interstellar matter and cosmic dust.

By hypothetically placing all objects at a standard reference distance from the observer, their luminosities can be directly compared on a magnitude scale.

Compound Craziness
The stuff and nonsense is compounded when the astronomers combine their valueless Absolute magnitude (M) data with their equally worthless Colour Equals Temperature belief system to produce their signature Mark of Zorro [in reverse] star diagram.

The Hertzsprung–Russell diagram, abbreviated as H–R diagram, HR diagram or HRD, is a scatter plot of stars showing the relationship between the stars’ absolute magnitudes or luminosities versus their stellar classifications or effective temperatures.

More simply, it plots a star’s luminosity (brightness) against its temperature (color).

In astronomy, the color index is a simple numerical expression that determines the color of an object, which in the case of a star gives its temperature.

The smaller the color index, the more blue (or hotter) the object is.

Conversely, the larger the color index, the more red (or cooler) the object is.

When the stuff and nonsense is stripped away from the Mark of Zorro [in reverse] star diagram a very simple truth begins to emerge.

In this serially sequenced Stellar Neighbourhood the pantomime White Dwarfs are more likely to be fluorescing “planets” than “stellar core” remnants.
…
In this serially sequenced Inverse-Square Law universe the astronomer’s can KISS goodbye to their entire pantomime cast of Giants that are more likely to be Main Sequence Stars the hypermetropic astronomers have been obliged to mathematically enlarge because they’ve exaggerated [to some degree] the distances to these “stars”.

A red dwarf is the smallest and coolest kind of star on the main sequence. Red dwarfs are by far the most common type of star in the Milky Way, at least in the neighborhood of the Sun, but because of their low luminosity, individual red dwarfs cannot be easily observed. From Earth, not one that fits the stricter definitions of a red dwarf is visible to the naked eye.

Roughly eighty percent of all the stars in the universe are red dwarfs, and the nearest star – Proxima – is a typical example.

The Universe within 12.5 Light Years
Atlas of the Universe – Richard Powell
http://www.atlasoftheuniverse.com/12lys.html 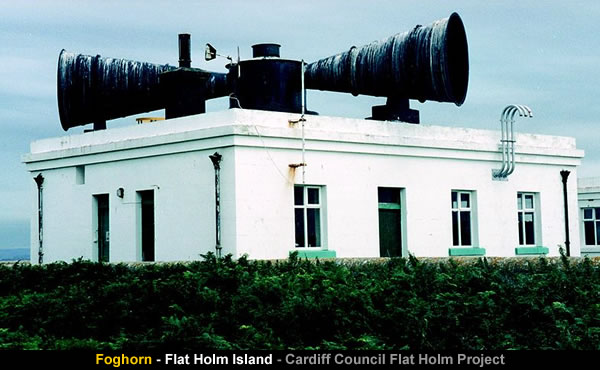 In physics, attenuation or, in some contexts, extinction is the gradual loss of flux intensity through a medium.

Acoustic attenuation is a measure of the energy loss of sound propagation in media. … The first automated steam-powered foghorn was invented by Robert Foulis, a Scotsman who emigrated to Saint John, New Brunswick, Canada. Foulis is said to have heard his daughter playing the piano in the distance on a foggy night, and noticed the low notes were more audible than the higher notes: he then designed a device to produce a low-frequency sound, as well as a code system for use with it.

Communication with submarines is a field within military communications that presents technical challenges and requires specialized technology. Because radio waves do not travel well through good electrical conductors like salt water, submerged submarines are cut off from radio communication with their command authorities at ordinary radio frequencies.
…
Very low frequency
VLF radio waves (3–30 kHz) can penetrate seawater to a depth of approximately 20 meters.
…
Extremely low frequency
Electromagnetic waves in the ELF and SLF frequency ranges (3–300 Hz) can penetrate seawater to depths of hundreds of meters, allowing signals to be sent to submarines at their operating depths. 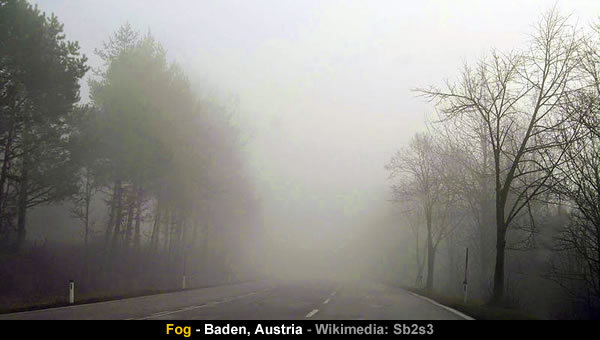 Clue #3: Below Visible
The progressive effects of Frequency Attenuation eventually dissipates the visible light and observations are then limited to the longer wavelengths until all that’s left of the original source signal is Long Radio Waves.

The emission spectrum of a chemical element or chemical compound is the spectrum of frequencies of electromagnetic radiation emitted due to an atom or molecule making a transition from a high energy state to a lower energy state.

Radio astronomy is a subfield of astronomy that studies celestial objects at radio frequencies. The first detection of radio waves from an astronomical object was in 1932, when Karl Jansky at Bell Telephone Laboratories observed radiation coming from the Milky Way.

The nearest stars are typically: Big, Bright and White.

The furthest visible stars are typically: Small, Dim, and Red.

This distance proxy is fallible because [for example] the degree of Frequency Attenuation is affected by the density and chemical composition of any gas and/or dust clouds the original source signal passes through before it reaches the observer. 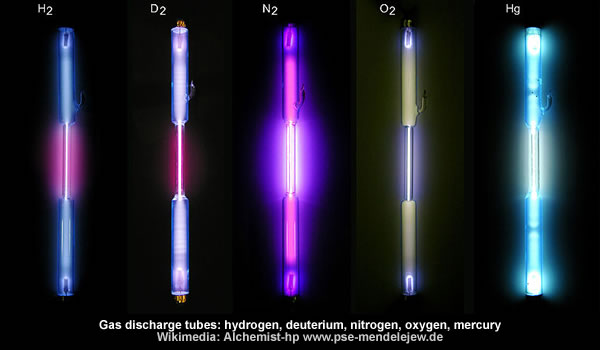 However, if you prefer the swashbuckling Settled Science of the Mark of Zorro [in reverse] then you’re very welcome to keep your own personal copy of the best-selling Hertzsprung Russell Guide To The Galaxy.