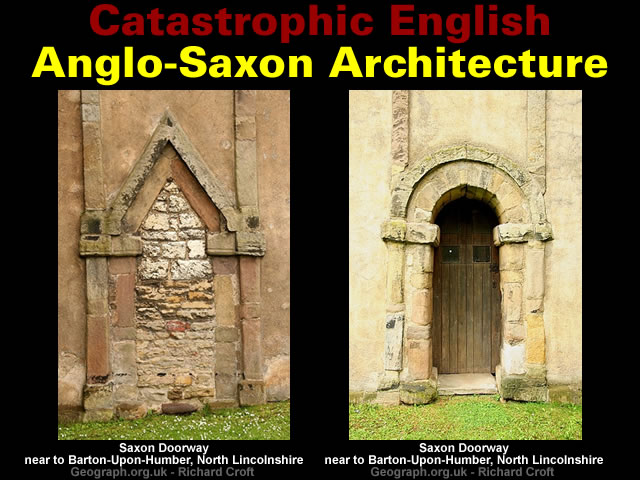 There are a few problems with Anglo-Saxon Architecture.

Firstly, Anglo-Saxon Architecture is a contentious and amorphous academic construct that has no universally accepted definition for above ground structures.

Secondly, the only Anglo-Saxon Architecture that appears to approach universal acceptance is a style of sunken hut for which there is “very little contemporary evidence”.

Anglo-Saxon secular buildings were rectangular post built structures, where timber posts were driven into the ground to form the framework of the walls upon which the thatched roofs were constructed.
…
Though very little contemporary evidence survives, methods of construction, including examples of later buildings, can be compared with methods on the continent.

A number of British grubenhäuser have been excavated, for example at Mucking.

A pit-house (or pithouse) is a building that is partly dug into the ground, and covered by a roof.
…
In archaeology, pit-houses are frequently termed a sunken featured building (SFB) and occasionally (grub-)hut or grubhouse after the German name Grubenhaus and are found in numerous cultures around the world. These include: the people of the American Southwest, including the ancestral Pueblo, the ancient Fremont and Mogollon cultures, the Cherokee, the Inuit, the people of the Plateau, and archaic residents of Wyoming (Smith 2003) in North America; Archaic residents of the Lake Titicaca Basin (Craig 2005) in South America; Anglo-Saxons in Europe; and the Jōmon people in Japan.
…
Usually, all that remains of the ancient pit-house is a dug out hollow in the ground and any postholes used to support the roof.

Thirdly, the concept of Anglo-Saxon Architecture was only formalised in 1819 when Thomas Rickman theorised the substructure beneath a known Norman structure “must be of an earlier date” with an unquantifiable “probability it may be real Saxon”.

Thomas Rickman, a keen architectural historian and author of An Attempt to Discriminate the Styles of English Architecture, investigated the church in 1819.

His inspection led him to describe the principle of “structural stratification” – where one phase of building rests on another, the second must be of an earlier date.

It may be necessary to state, that though many writers speak of Saxon buildings, those which they describe as such are either known to be Norman, or are so like them that there is no real distinction.

But it is most likely that in some obscure country churches some real Saxon work of a much earlier date may exist ; hitherto, however none has been ascertained to be of so great an age . 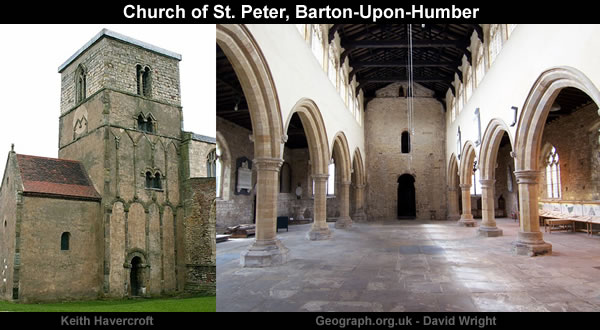 Without venturing to fix a date to either, it will be proper here to mention two towers which have hitherto been very little noticed, and yet are of very singular construction ; the first is, that of the old church, St. Peter’s, at Barton on Humber, in Lincolnshire.

This is a short thick tower, with very thick walls, originally of three stages, the two lower of which are ornamented by perpendicular strips of stone, projecting from the face of the wall, and near the top of each stage breaking into arches ; the lower set of arches semicircular, and the perpendicular lines springing from a stone set on the top of the arch ; the second set are straight-lined arches, and run up to a flat string or tablet, on which is the third plain stage, with only two small arches, (if so they may be called,) as in the second stage.

On the top of these three stages is one evidently early Norman, having a regular double Norman window in it, with a shaft and capital in the middle ; this stage being clearly Norman, it is evident the substructure must be of an earlier date ; and in the second stage of the lower part is also a double window, with round arches, and divided by something (evidently original, for there are two) exactly resembling a rude balustre : all this arrangement is so different from Norman work, that there seems a probability it may be real Saxon ; and it should be noted that the other, or new church, St. Mary’s, stands within a hundred and fifty yards of the old church, and is principally a Norman building, with an Early English tower, and a chancel of the same, and a very early Decorated east window, which, of course, renders it necessary to go back to the Conquest at least for the date of the old one.

The other tower is that of Clapham Church, in Bedfordshire; and this is principally remarkable for the extreme simplicity and rudeness of its construction.

It consists of a square tower, without buttress or tablet, about three squares high, with a rude round-arched door, and above it two heights of small round-arched windows; above this part of the tower, with a plain set-off, inwards is a Norman portion, with a Norman window divided into two by a central shaft, plain, and of early character; this part is surmounted by a cornice and battlement of later date.

An attempt to discriminate the styles of English architecture, from the Conquest to the Reformation
Thomas Rickman and John Henry Parker – 1881
https://archive.org/details/anattempttodisc00parkgoog 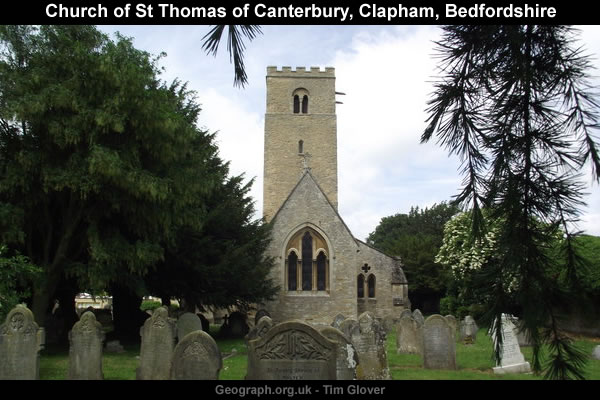 The mainstream uses Anglo-Saxon Architecture as a default, amorphous catch-all category to randomly attribute anything [and everything] that incongruously falls between their well defined Roman and Norman architectural categories.

Unsurprisingly, this default, amorphous catch-all category contains some very curious examples that stylistically echo other cultures around the globe which aren’t Saxon. 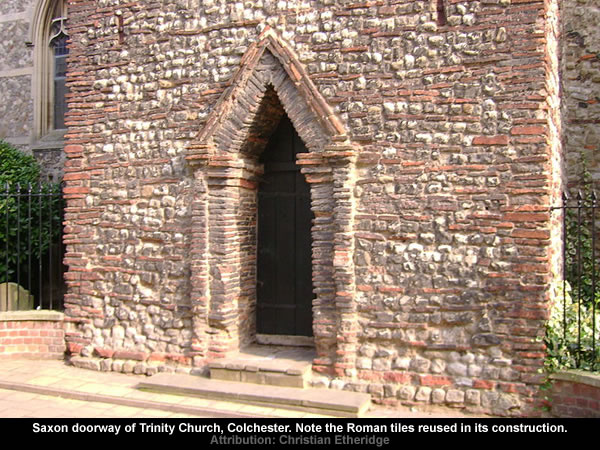 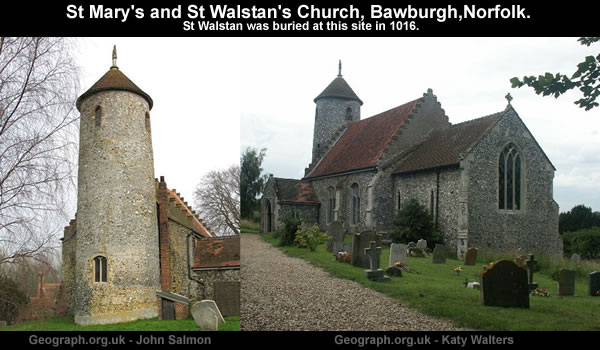 Evidently, the mainstream narrative of the Anglo-Saxons is not the whole truth…