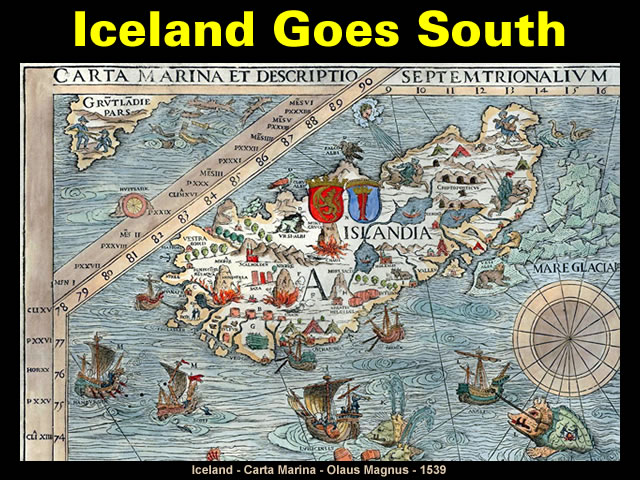 The history of Iceland includes a curious Riches to Rags sub-plot which [beginning around the 16th century] transforms Iceland into “one of the poorest countries in Europe”.

The Middle Ages
The Icelandic Commonwealth lasted until the 13th century, when the political system devised by the original settlers proved unable to cope with the increasing power of Icelandic chieftains. The internal struggles and civil strife of the Age of the Sturlungs led to the signing of the Old Covenant in 1262, which ended the Commonwealth and brought Iceland under the Norwegian crown. Possession of Iceland passed from the Norwegian Empire to the Kalmar Union in 1415, when the kingdoms of Norway, Denmark and Sweden were united.

After the break-up of the union in 1523, it remained a Norwegian dependency, as a part of Denmark–Norway.

In the ensuing centuries, Iceland became one of the poorest countries in Europe.

Infertile soil, volcanic eruptions, deforestation and an unforgiving climate made for harsh life in a society where subsistence depended almost entirely on agriculture.

This Riches to Rags storyline is well illustrated by the transformation of Iceland’s [stand-out] fiery volcanoes into grumbling ice caps.

The Carta marina is the common short form of what is more fully titled Carta marina et descriptio septentrionalium terrarum (Latin “Marine map and description of the Northern lands”). Swedish ecclesiastic Olaus Magnus created the map, which was published in 1539. 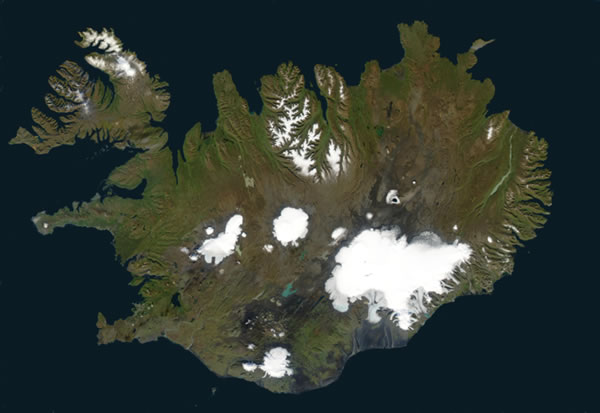 Iceland’s curious Fire to Ice transformation has been exceedingly well documented by cartographers for nearly 500 years primarily because [until 1884] Iceland was located at the point where the Arctic Circle crossed the Prime Meridian.

A prime meridian is a meridian (a line of longitude) in a geographical coordinate system at which longitude is defined to be 0°.
…
Ptolemy used as his basis the “Fortunate Isles”, a group of islands in the Atlantic which are usually associated with the Canary Islands (13° to 18°W), although his maps correspond more closely to the Cape Verde islands (22° to 25° W)… Ptolemy’s Geographia was first printed with maps at Bologna in 1477, and many early globes in the 16th century followed his lead.
…
The Tordesillas line was eventually settled at 370 leagues west of Cape Verde. This is shown in Diogo Ribeiro’s 1529 map.
…
In 1541, Mercator produced his famous 41 cm terrestrial globe and drew his prime meridian precisely through Fuertaventura (14°1’W) in the Canaries.

His later maps used the Azores, following the magnetic hypothesis.

But by the time that Ortelius produced the first modern atlas in 1570, other islands such as Cape Verde were coming into use.

This practice was followed by navigators well into the 18th century.

In 1634, Cardinal Richelieu used the westernmost island of the Canaries, Ferro, 19° 55′ west of Paris, as the choice of meridian. The geographer Delisle decided to round this off to 20°, so that it simply became the meridian of Paris disguised.
…
In 1884, at the International Meridian Conference in Washington, D.C., 22 countries voted to adopt the Greenwich meridian as the prime meridian of the world.

Following the introduction of the Greenwich Meridian [1884] the accolade for the most memorable cartographic location in Iceland passed to the small island of Grímsey located at the intersection of the Arctic Circle with the 18° West line of longitude.

Grímsey is a small Icelandic island, 40 kilometres (25 mi) off the north coast of the main island of Iceland and straddling the Arctic Circle.

Grímsey has been [generally] cartographically stable since the introduction of the Greenwich Meridian.

And [overall] the cartographic evidence suggests Iceland Went South by [about] one and a half degrees between 1606 and 1906.

This anomalous movement could easily be dismissed as an observational error were it not for the evidence that in 1606:

1) Iceland was at the intersection of the Arctic Circle and the Prime Meridian.

2) The measurement of latitude was very precise.

The Obliquity Of The Ecliptic – George F. Dodwell
http://www.setterfield.org/Dodwell/Dodwell_data.html

This southerly movement of Iceland [by about one and a half degrees in 300 years] clearly doesn’t sit well with the narrative of Iceland’s fiery volcanoes being transformed into grumbling ice caps.

Therefore, it seems likely Iceland’s cooling climate was primarily caused by other factors.

The evidence suggests these other factors included a flood of very cold Arctic water. 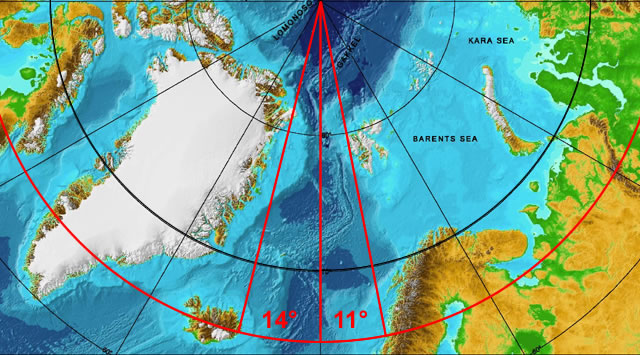 Evidence of rapid sea floor expansion [by about 4 degrees of longitude] between Iceland and Norway indicates:

a) Very cold seawater from the Arctic Oceans began to flood into the North Atlantic.

b) Greenland was realigned into a more pronounced North-South alignment.

The evidence from the Greenland GISP2 Ice Core suggests this period of very rapid sea floor expansion began in 1647.

The first outlier date of 953 AD suggests the Heinsohn Horizon was a Lawler Event that was followed by another Lawler Event [694 years later] in 1647 AD.

Excess chloride periodicities do not, however, appear to reflect just H2SO4-induced volatilization of HCl as was suggested from a comparison of their trends but perhaps also reflect marine chloride produced under other conditions conducive to fractionation of sea-salt aerosols (e.g., evaporation, decrease in storminess).

The evidence from the Old Japanese Cedar Tree clearly confirms a significant drop in Northern Hemisphere temperatures began in [about] 1650 [aka The Little Ice Age] and these events may well have been triggered by a catastrophic impact [presumably in the Arctic basin].

The Old Japanese Cedar D/H Ratio trace includes a signature pattern [roughly between 1650 and 1750] that has been associated with the catastrophic division of a comet.

However, it’s worth noting, the devastating North Sea storm tide [aka tsunami] of 11/12 October 1634 may more accurately date this presumed impact in the Arctic basin. 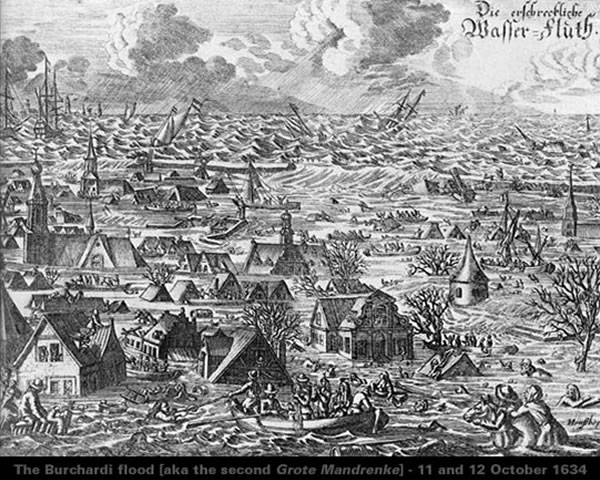 The mainstream mantra of “insufficient maintenance” takes a step into the surreal when it comes to the Burchardi flood of 1634 which caused “thousands of deaths”.

Either way, it seems very likely the mainstream concept of Geologic Time is seriously flawed.